A wearable instrument inspired by idealized muscular structure. I wanted to find a fun way to incorporate sound on the body. Pressing each ab triggers a different note produced by a piezo buzzer placed on the belly button.

I thought it would be fun to tap on my belly to produce music and then it occurred to me that I could create a six-pack of buttons that would produce different sounds. My Floridian upbringing has taught me that people love to show off their six-packs at the beach, so I imagine this instrument would be a hit at beach parties. A marketable version would be water-proof, SPF 30, and sound like steel drums. 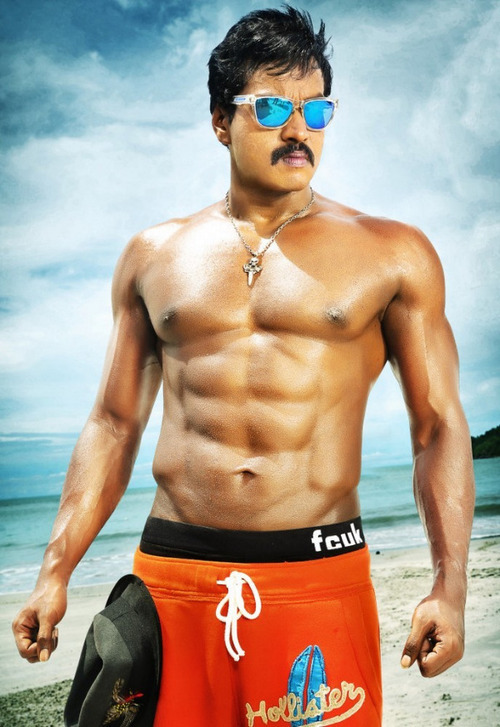 I started by drawing some abs on a mannequin to make a pattern. 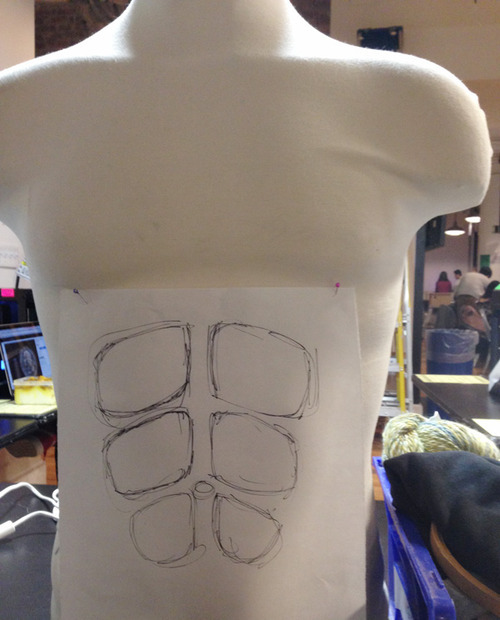 Then I cut them out of muslin and tried them on myself. Oops, this lo-fi selfie almost make them look real! 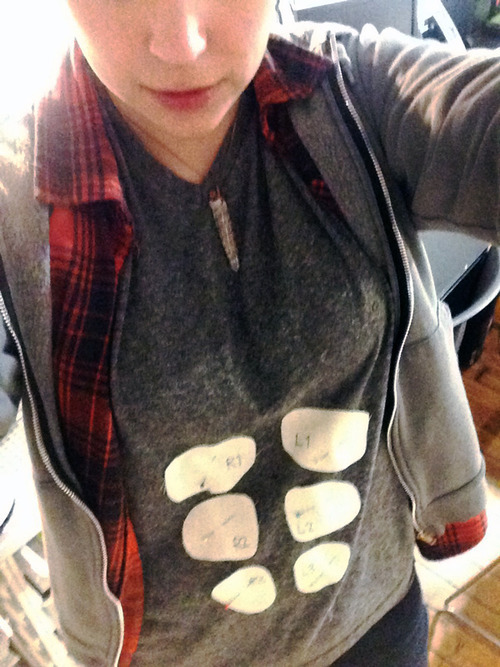 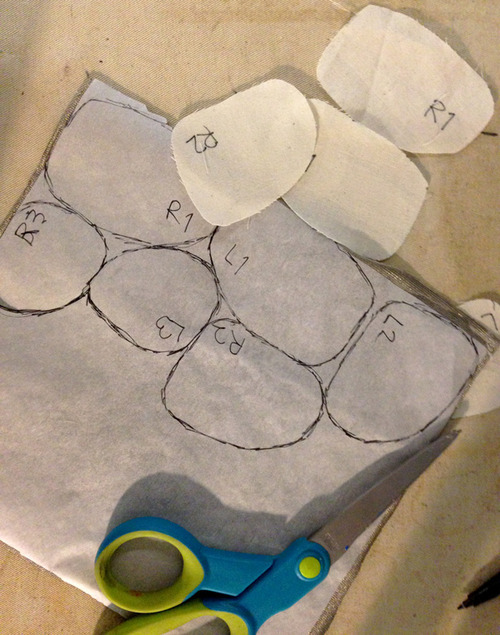 To make my fabric buttons I cut holes into foam and placed it in between conductive fabric. I had to resew the connections a few times, because I initially got my circuitry mixed up. I learned a lot about sewing with resistors.

I soldered the piezo and some metal snaps to a breadboard so it could be removable. A future version would need to be water-proof to be safe near the ocean and pool, and at the very least have detachable parts so it could be washed.

The current version uses an Arduino Uno and has to be plugged in, but it would not be difficult to recreate it with a Flora and a battery. 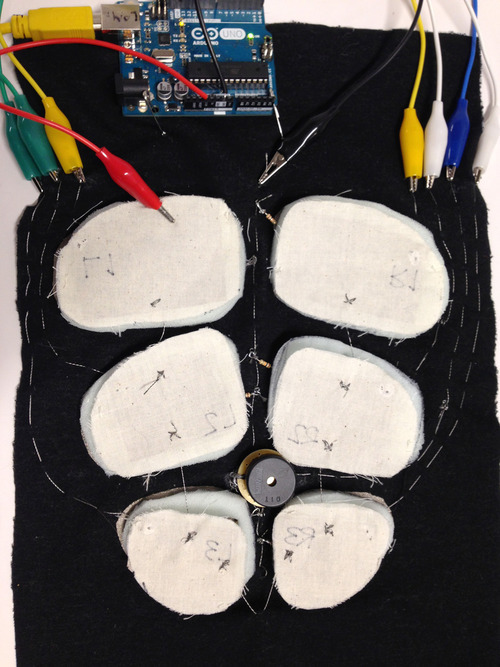 I created a stretchy green outer layer with extra foam for more definition based on this tutorial for a child’s Halloween costume. I kinda look like a Ninja Turtle. 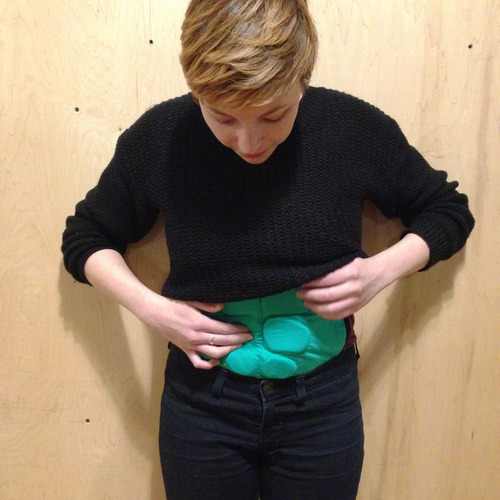